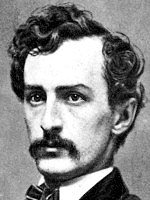 See that mustache? That means he's evil! EEeeeeevil! But chances are you probably already knew that...

Booth was suggested by Jean from Houston and Bobbie from Maryland.

This page no longer exists on the Internet, so let's record it for posterity (courtesy Baltimore Jewish Times):

An Assassin With Jewish Roots?

In her 2010 book “My Thoughts Be Bloody: The Bitter Rivalry Between Edwin And John Wilkes Booth That Led To An American Tragedy” (Free Press), historian Nora Titone claims that the paternal grandfather of Abraham Lincoln’s assassin was half-Jewish.

In the book, Titone writes that Richard Booth, the father of the highly-acclaimed Shakespearean actor Junius Brutus Booth (father of John Wilkes Booth), was an English attorney. A Londoner, Richard Booth came from “a highly educated clan of Jewish lawyers and silversmiths,” and was married to Jane Elizabeth Game, an Anglican woman, Titone writes. In fact, Richard Booth instructed Junius in Latin, Greek and Hebrew as a child, the author writes.

(In an email to the Baltimore Jewish Times, Titone wrote that according to Booth family records, Richard Booth’s paternal family traced its Jewish lineage to Spain, with their original surname being Botha. Titone recommends the book “Junius Brutus Booth: Theatrical Prom-etheus” by Stephen M. Archer for a thorough account of the Booth ancestry.)

As a widower, Richard Booth moved to Maryland in the fall of 1822 at the urging of Junius, who had relocated to a farmhouse near Bel Air with his mistress, Mary Ann Holmes (John Wilkes Booth’s Protestant mother), the year before. “He was a curious sight, this amateur classical scholar, with his long white hair, a hobbling walk, and eccentric eighteenth-century garments,” Titone writes of Richard Booth. Upon arriving here, it seems that Richard Booth took to hard drinking, eccentric behavior and slothfulness.

When John Wilkes Booth – who attended Quaker and Anglican boarding schools as a youth — was born on the Harford County farm in May of 1838, Richard Booth was afforded the honor of choosing the baby’s name, according to “My Thoughts Be Bloody.” He chose that particular name, writes Titone, because his Anglican mother, Elizabeth Wilkes Booth, “had claimed [the radical 18th-century British Parliament] politician John Wilkes as a relative.”

In 1840, Richard Booth, then 76 and living in a rented room in Baltimore, died “alone in the night, supposed to have been seized by a cramp in the stomach.” According to Titone, he was buried in Baltimore Cemetery “under a marble slab bearing lines of Hebrew poetry chosen by his son. ‘I take my departure from life as from an inn – hence, to the stars!’ the stone proclaimed to those who could read the language.”

But that’s not the end of the story.

In May 1858, the remains of Richard Booth and Junius Brutus Booth – who was known to frequent East Baltimore synagogues, talked about spiritual matters with local rabbis, and practiced his Hebrew when preparing to portray Shylock in “The Merchant Of Venice” — were transferred to Baltimore’s Green Mount Cemetery, writes Titone. Junius’ famous actor son, Edwin Booth, paid for the reburials.

“Edwin also erased his grandfather’s Jewish heritage at this time,” Titone writes, without explaining the motivation. “When the transfer of bodies was made, Richard Booth’s original tombstone with its Hebrew inscription was discarded, replaced by a new marker with a Christian cross and Latin lettering.”

That stone remains the marker for Richard Booth at the historic Green Mount Cemetery.

Ironically, John Wilkes Booth, arguably the most reviled man in U.S. history, reportedly espoused anti-Semitic sentiments, despite (and maybe due to) his Jewish lineage. 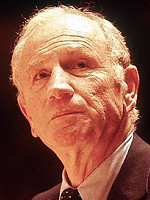 This profile is pretty much a rehash of this article on Legends Revealed blog. Gotta give credit where credit is due.

Holzman was suggested by Leonard from Dix Hills, NY.
Posted by Zev at 8:45 AM 1 comment: 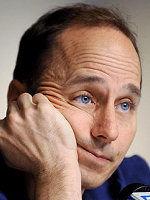 Cashman was suggested by Kevin from Scranton, Matt from NY, Bob from NY, and Eric from NJ.
Posted by Yakov at 8:45 AM 2 comments: 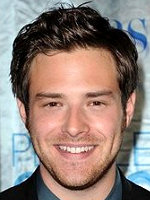 Rappaport was suggested by... no one. Since no one watched that dreck. Thank G-d.
Posted by Zev at 8:45 AM 6 comments: 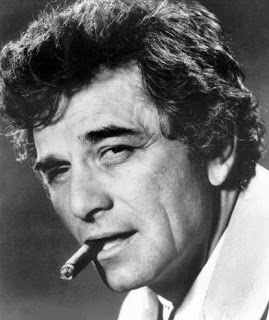 Peter Falk, the actor best known for playing Colombo, passed away today. He was 83.
Posted by Zev at 2:43 PM 1 comment: 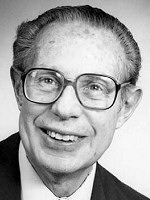 I stumbled upon the list of lesser known Jewish inventors recently... Adler had to be profiled immediately.
Posted by Zev at 8:45 AM No comments: 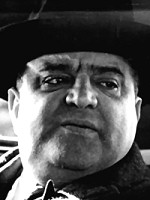 La Guardia was suggested by Anthony from Florida and Alex from Maryland. He's the third New York City mayor we've profiled...
Posted by Zev at 8:45 AM 6 comments:

Jews in the News: Aboriginal Jews 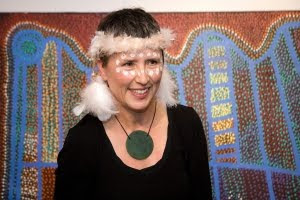 Miss Pulver is probably not worthy of a profile, but... well, nothing surprises us anymore.
Posted by Zev at 9:45 AM 1 comment: 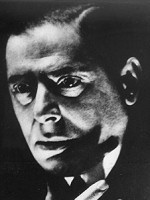 Today is the 70th anniversary of Hitler's attack on the Soviet Union...

Hanussen was another great suggestion by Mark from New York.
Posted by Zev at 8:45 AM No comments: 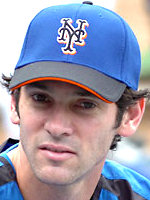 Believe it or not, this profile was suggested by Zev again, who clearly was doing... well, something weird because Zev hates baseball. Regardless it's all to the good because Green was well overdue to get a profile.

Green was also suggested by Paul from Massachusetts, Jori from Atlanta, Marc from LA, and Fred from Louisville, CO.
Posted by Yakov at 8:45 AM 4 comments: 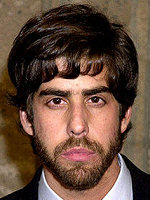 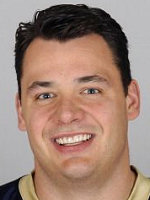 No, we're not doing double profiles now, the last two just worked out this way.

Adam Goldberg the actor was suggested by James from Clovis, NM, Jake from Toronto, Moishe from La Jolla, Candy from Indiana, Binyamin from the Netherlands, Roma from Israel, and Czosniak from Canada.

Adam Goldberg the NFL player was suggested by Steve from Irvine, CA. 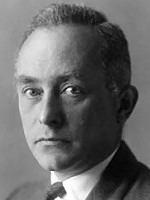 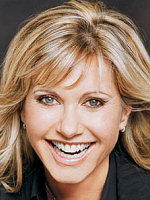 Born and Newton-John were suggested by Alan from California, Moishe from La Jolla, Doug from Cincinnati, Yaakov from Jerusalem, Alex from Maryland, Richard from Perth, Mike from Union, NJ, "Oyveyny" from New York, and Velvel from Miami.
Posted by Zev at 8:45 AM 6 comments: 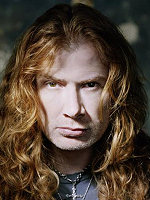 On the other hand, he takes a hard line born again Christian stance while playing for a band called Megadeth without seeing the irony, so maybe he deserves his lot...
Posted by Yakov at 8:45 AM 1 comment: 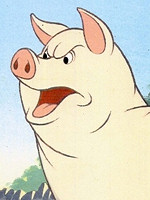 Ever since Yakov profiled Puff, the Magic Dragon, it's been my goal to collect the complete Chinese Zodiac on JONJ. Pig was one of the toughest ones... Tiger will probably be harder. We got time.
Posted by Zev at 8:45 AM 2 comments: 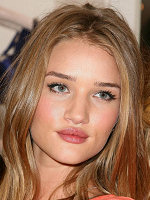 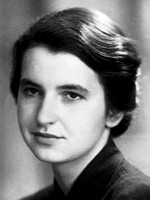 In the first draft, Jesus was in Moses' role. But Yakov didn't like Jesus winning, hence the change.

Franklin was suggested by Jeremy from Houston, Jeoffrey from Athens, GA, Deanna from Mesa, AZ, and Erica from somewhere...
Posted by Zev at 8:45 AM No comments: 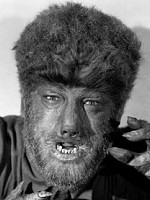 Well, if we can't have Dracula or Frankenstein...

Thanks to Arthur from NYC for the suggestion.
Posted by Zev at 8:45 AM 1 comment: 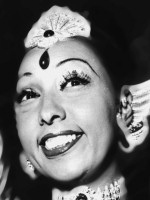 Another terrific suggestion by Mark from New York...
Posted by Zev at 8:45 AM 1 comment: 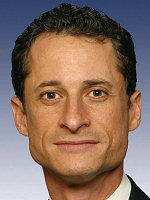 Suggestions from Mila from Alexandria, Harry from New York, Vinny from Westlake, OH, Don from Los Angeles, Mike from Ohio, Don from Reno, Ron from Dallas, Allan from So. Cal, Kevin from Niagara, and Jason from Vancouver. All within the last two days.
Posted by Zev at 8:45 AM 3 comments: 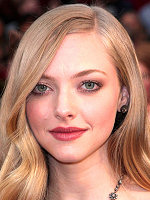 We really need to stop publishing our email address...

Amanda was suggested by Mike from Hartford, Kyra from Los Angeles, Bob from New York, Danny from West Hartford, and Bob from San Clemente, CA.
Posted by Zev at 8:45 AM 2 comments:

JONJ in The Paris Review

The Paris Review? Smurfs? Jew or Nor Jew? Oui!
Posted by Zev at 8:29 PM No comments: 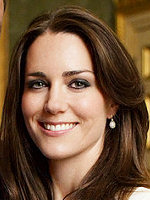 So yes, Kate Middleton. She got married recently. You might have heard.

So let the Jewish rumors re-commence! Since the Goldsmith line was not good enough, here's a new one: great-great-grandmother Elizabeth Myers. "Myers"! Well, that MUST be Jewish, right?

Wrong. Ok, we can't be sure, but it's unlikely. The name "Myers" itself is English/Irish. Yes, "Meyers" could be Jewish, but that's neither here nor there. What's more important is that Kate's family tree is researched at length, and the Myers were agricultural labourers in Yorkshire. Unlikely to be Jews.

Still not convinced? Here's the marriage certificate of Elizabeth's father Joseph Myers and Ann Swailes. Married in the Church of England. So... Not a Jew. Moving on? Please?
Posted by Zev at 1:19 PM No comments: 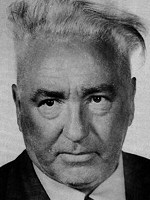 That haircut says it all.

Thanks to Bernard from Stavanger, Norway for the suggestion.
Posted by Zev at 8:45 AM 1 comment: 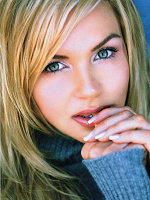 Yakov and I had a long, long discussion whether Nikki is profile-worthy. But once the profile became a TPiR parody, how can one deny her!
Posted by Zev at 8:45 AM 5 comments: 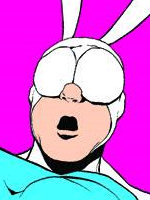 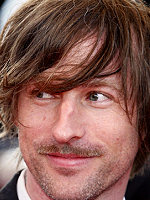 "Being John Malkovich" and "Adaptation." are two of my favorite movies of all time.

Spike was suggested by Trevor from Philadelphia and Christian from Cologne.
Posted by Zev at 8:45 AM 3 comments: