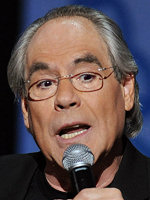 Klein was suggested by his own routine, where he expressed his relief that David Berkowitz is not Jewish...

Jews in the News: Adam Greenberg gets an at-bat

Seven years ago, Adam Greenberg played for the Chicago Cubs. He got ONE at-bat: 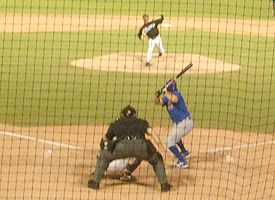 Greenberg was hit on the head on the first pitch, suffering a concussion. He never played in the majors again... until next week. The Miami Marlins gave him a one-day contract to get that second elusive plate appearance.
Posted by Zev at 2:51 PM 1 comment: 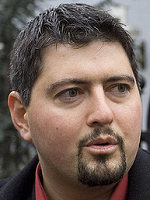 Suggestions by Lori from California, Bruce from LA, Frug from Chicago, Bernard from Norway, and David from Highland Park, IL. 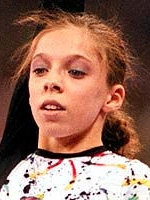 The Barcelona Olympics also featured my favorite Opening Ceremony moment, the lighting of the torch by an archer's arrow. 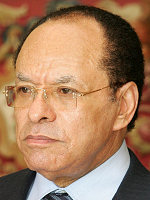 To be fair, "Leon Kengo Wa Dondo" does sound a tad more interesting than "Leon Lubicz"... 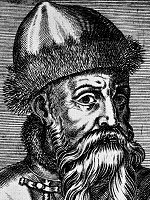 Yes, I realize the other Guttenberg has an extra T...

Thanks to Alexander from France for the suggestion. 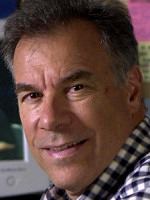 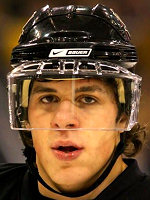 The potential Jewishness of hockey player Evegeni Malkin has been a mystery even to us, and we left his profile open-ended back in 2007. But his father recently talked to a Russian website, and there is more info (thanks, Slava from Baltimore):

I am getting calls from Mordovia. They tell me there are a lot of Malkins there... In Pittsburgh someone told me: "You have a Jewish last name, move here, it will be profitable for you." I can't understand myself, is it Jewish or Mordovian... At one time I had a little business and became known as a Jew. I know there are a lot of Mordovian last names that end on "in". Kovylkin, Satalkin, Merkushkin, who was the former head of the republic. All the famous race walkers, like Kaniskina, Kirdyapkin, their coach Chyogin... So, it is quite probable that we are Mordovian. 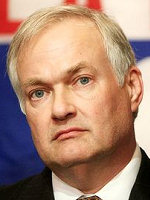 If I wrote this profile, it would have come out a lot differently, but Yakov took it over, making a convincing argument for a high K Score.

The Strange Case of the First (and Only) Jewish Video Game

In 2007, a man going by the name of nagn2 joined AtariAge, an online forum obsessed with all things Atari—particularly collecting old, rare Atari games.

Nagn2 posted that he had gone to a garage sale and purchased 2 Atari games. One was called Music Machine, an extremely rare Christian-themed game. In and of itself, this was a heck of a find—the Atari collector equivalent of pirate gold buried in your backyard. Music Machine sells for hundreds of dollars online.

The other game nagn2 purchased, a cartridge labeled Red Sea Crossing, was a complete and utter mystery. Nagn2 was not an Atari expert. His research turned up nothing on Red Sea Crossing. So he asked the experts at AtariAge. And the preeminent experts on all things Atari had never heard of Red Sea Crossing, either. In fact, no one had.

But nagn2 had bought the thing. Had pictures of it. So what did he have?

This required an amazing amount of research—an almost Indiana Jones-style adventure—most of which can be followed from the original post on down right here. In the end (after much hither and thither and people screaming 'fake' and others screaming 'not fake'), it became quite clear that nagn2  had done something quite extraordinary:

He had purchased a previously unheard of, but absolutely 100% real Atari game. One lost to the particularly blustery winds of video game history. In its simplest terms, if you owned a collection of every Atari game ever made, the day nagn2 bought Red Sea Crossing, your complete collection was officially 1 short.

The game was created in 1983 by Steve Stack with the intention of selling to the Christian (*ahem*) gaming market. In it, players guide the intrepid Moses across the Red Sea (title = content, never a good sign as "Mob Doctor" can attest), avoiding ravenous fish and other waterlogged dangers. This is a remarkably Jew-y plot line. In fact, we're pretty sure it's the only Jew-y plot line ever conceived for a video game. At least until the folks over at Activision make that Call of Duty: Shabbas game we've been pitching for the last 6 years.

But how is this a "lost" Atari game rather than some random game some dude made for his Atari 30 (THIRTY?!) years ago? The nature of the game's distribution. For instance, there are plenty of people right now who make games for consoles (called homebrews) which can be downloaded (or installed with a cartridge or disk) that are fully playable. However these are after-the-fact creations, not officially sanctioned by the console company or marketed/sold for the console.

Red Sea Crossing had a much lower bar than what you'd have to go through these days to make your own game for, say the Nintendo Wii (though with Virtual Consoles, XBox Live, et al it's actually also much easier than it was 5 years ago), but it can be considered an "official" Atari game as it was both produced and marketed for the console. 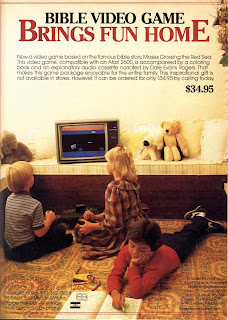 And, according to interviews with him after Red Sea Crossing was rediscovered, had several hundred versions of his game printed for sale. Though obviously, it did not sell well.

(Wonder why? Beyond the whole Q-Bert vs. Moses game character argument which Moses loses big time, look at the price. $34.95 sounds cheap now, but in 1983!? That's an $80 game in 2012 dollars. You couldn't sell Halo IV for $80 right now in a mature gaming market with an established blockbuster brand. People would throw their own feces at Gamestop employees. Which, come to think of it... Let's just move on.)

Where did these hundreds of copies go? The garbage probably. The same year Stack sent Moses out to Sea, the North American video game market hit an iceberg and sank down down down, only bobbing back up in 1985 when Super Mario came to the rescue (though in some ways it didn't really recover till the XBox arrived in the early aughties, bringing console production back to the States).

In 1983, Red Sea Crossing, a game with—let's be honest—limited appeal in the first place, would have simply been tossed after sitting on a shelf for about a month or two.

But one cartridge clearly avoided the malodorous heap off exit 13 (that's a Jersey joke for the uninitiated) because nagn2 bought it, revealing the one and only Jewish video game to the public. Unfortunately, however, we'll never get to play it since the creator is adamant that the game not be copied off the cartridge.

The game itself recently sold at auction to a private collector (on a site called GameGavel) for over $10,000 (from a starting bid of around $200). Not bad for a flyer at a garage sale.

And that's where the story ends, probably... 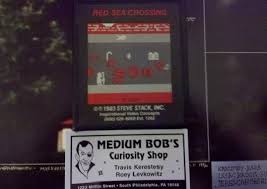 Guess this is as close to a sequel as we can hope to get, huh?
Posted by Yakov at 3:05 PM No comments: 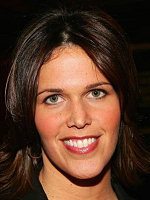 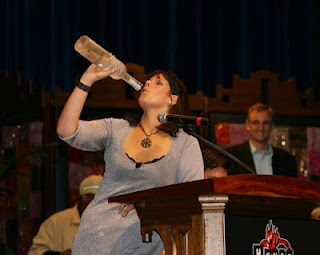 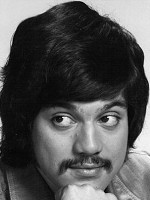 We just mentioned his pseudo-Judaism in the profile of his son, but clarification was necessary...

Suggestion by Dan from Albuquerque, NM. 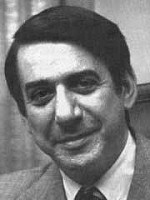 Another thanks to Michael from Hartford for helping us confirm that Rosen is Jewish. 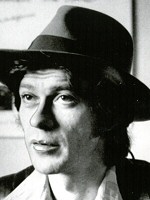 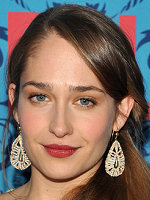 Second "Girls" actress profiled... And we're not even in Season 2 yet. 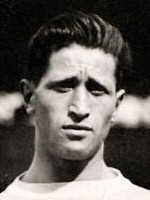 Katz was a teammate of the great long distance runner, the Flying Finn, Paavo Nurmi.

Jews in the News: The Jew-ening of America 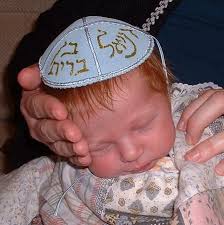 We have a number of non-Jewish obsessions here at JONJ Base Camp. One of them is baby names and the waxing and waning popularity of said names.

It always comes back to Jews in the end, though.

Anyway, you've probably noticed that "old lady" names are back in amongst the girls, but the boys? There actually is something kosher about all this.

The Jewiest name on the list?  #6, Joseph. After that? Ummm, well Walter and Harry are fairly Jew-y but not for any reason other than there are a lot of old Jews named Walter and Harry. Let's be clear. This list is Christ city.

First thing you notice? Mason and Jayden. What the fuck?!

This is a remarkable amount of Old Testament names popping up. Some of this is, as mentioned for the girls, is the coming around of "old names" which went from  passé to popular. Some of it is a return to Biblical naming as the US of A goes through its latest religious revival cycle (but then where are the New Testament names?).

But some of it? Some of it is just inexplicable. Neither Jewish population nor Jewish culture is particularly ascendent. Frankly, I don't know what to make of this.

What does it all mean? Almost certainly a lot more work for JONJ in the future... 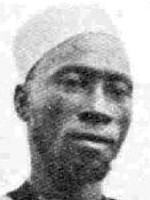 Here's more about the sect... It's still active! 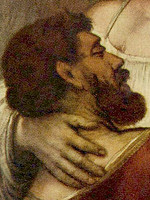 The picture is from "Jacob Wrestling With The Angel" by Rembrandt. 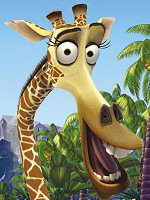 Actually, we found a very, very prominent Pixar Jew. Profile should be coming up in a few weeks... 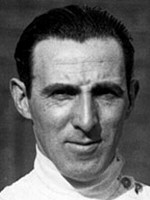 The 2012 Olympics are long over, but we can't help but profile some old-school Olympians... Especially someone as prolific as Osiier. 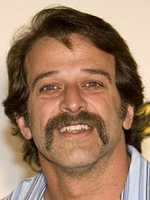 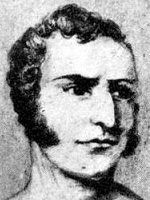 I could have sworn someone suggested this one, but can't find it in our mailbox. So apologies to whoever... 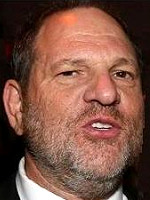 Suggestions by Mila from Alexandria and Mara from Kansas.