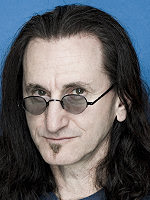 Other competitors for the title of nerdiest rock band ever include REM (as mentioned in the profile), They Might Be Giants, and Yes (who once wrote an entire 15 minute song about chess, which is just...wow, that's bad). But reading that Rolling Stone quote pretty much locked in Rush for me.