To follow up the Roxanne Hart profile... And, to make that one even more convoluted, in real life, Marceau is with Highlander star Christopher Lambert.

We said that's it for Jewish Harts.

Just a perfect day, drink sangria in the park...

Lou Reed passed away today. He was 71.

That's it for Jewish Harts, we promise (for we already profiled Mary Hart...)

Suggestion by Matt from San Francisco and Daniel from Wisconsin.

Suggestion by Ricky from Boynton Beach, FL and Josh from Pennsylvania.

Suggestions by Michael from Hartford, Elizabeth from Orlando, Kevin from Michigan, Marcia from NY, Jose from Crowley, TX, Felix from Jersey, and WF from Florida.

Suggestions by Jim from Tampa, Miriam from Burbank, and Peter from De Pere, WI.

Suggestion by Karl from Australia.

Suggestions by Michael from Hartford and Cara from NJ.

In a parallel universe, it is Abrams who is worth billions...

Dave was also a staple on Dr. Katz's couch.

Suggestion by me, of course.

Suggestions by Jason from Vancouver and Ben from Pennsylvania.

Jews in the News: One Nobel, THREE Jews

Wow. This one will be hard to top. The Chemistry Nobel is out today, and all three winners are Jewish: Israeli Arieh Warshel, Austrian / American Martin Karplus, and South African / British / Israeli Michael Levitt.

Jews in the News: Another Nobel, another Jew 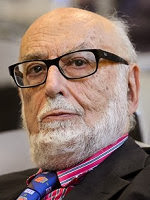 The Physics Nobel is announced... once again, a Jew gets it, Belgium's Francois Englert, shared with England's Peter Higgs. Englert is a Holocaust survivor and "has had close research ties with Tel Aviv University".
Posted by Zev at 3:01 PM No comments:

Jews In the News: The Historical Accuracy of Shiksappeal

[I was gonna put a pic here of a clearly goyishe woman but—wow—holy NSFW, Internet]

From the old grey mamaleh comes a story about the origins of Ashkenazic Jews. Long thought to be emigres from the near east, new data suggests that this group was actually probably descended directly from the Jews in the Roman Empire.

Now here's the fun part: The genetic record suggests these Jews were single men (who probably came to Eastern Europe to trade) and settled down there, marrying the local women and then converting them to Judaism.

2. Big boost for that whole Judaism is a race, not just a religion.

3. Ummmm, doesn't that screw up CENTURIES of arguments (ones we've railed against) that the mother is the only determinant of a child's Judaism at birth?

This one is especially tasty considering it suggests that the people who have been the most vehement defenders of matrilineal inheritance would not actually be Jewish themselves by the same law.

Hey there supporters and possible would be supporters, This is just a quick note to let you know about what's going with the Kickstarter and 50 States—50 Jews. We're a little over two weeks into our campaign, and while we've had a promising start, we still have a good ways to go. Still, we're optimistic about our chances and, in the meantime, have begun the process of putting together and publishing the book. Excitingly, we've also gotten some news coverage over at ShalomLife.com. It's a fun little article where we talk about JewOrNotJew.com, our plans for the book, why we chose the Kickstarter, etc. Stop on by and check it out!
Posted by Zev at 11:30 AM No comments:

The Purple Gang from Detroit probably deserves profiling as well.

Jews in the News: One Nobel, two Jews 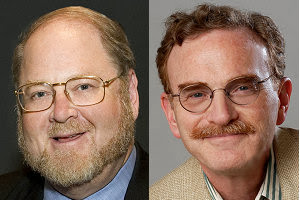 Suggestions by Ethan from Roslyn, NY, Rachel from Maryland, Steve from Southampton, PA, Kaitlin from Detroit, and Jesse from Michigan.

Thanks to Michael from Hartford for clearing this one up.

Suggestion by Amy from Anchorage.

HBO almost made a show about a fictional version of Finke... starring Diane Keaton.

Suggestions by Mark from Bellingham, WA, Robert from Italy, Johan from Santa Monica, and Viktor from Paris.