Finding Jewish explorers was not as easy as it seemed. It was between Benjamin, Columbus' ship doctor Luis de Torres, and Gaspar da Gama, the first European to set foot in Brazil, who is so obscure he doesn't even have a Wikipedia article.
Posted by Zev at 9:10 AM No comments: 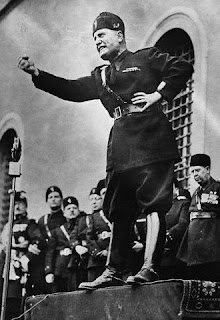 Nice choice of pants, however.
Posted by Zev at 12:05 AM No comments:

Our patron saint, Sage Rosenfels, has been traded to the Minnesota Vikings.

Once again, I have to credit the book Ten-Cent Plague as a source for some of this information. Most of it however just comes from general knowledge.

Unfortunately, one of comics industry's great legacies has been in stealing other people's ideas. Greats such as Bill Finger (Jew), Jack Kirby (Jew) and even Jerry Siegel and Joe Shuster (the creators of Superman. For decades DC screwed them out of the money and recognition they deserved) have never been given the appropriate credit.

When it's a business doing these things it's abhorrent. But when it happens because of a fellow creator's own ego and greed it's even more disgusting and reprehensible.

Kane was suggested by reader Brooke from New York.
Posted by Yakov at 8:30 AM 1 comment: 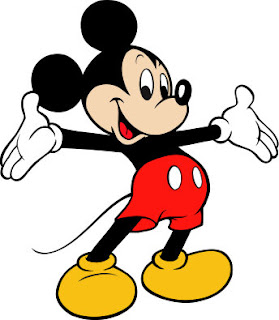 And no, Mickey Mouse ears are not yarmulkes. Not a chance. 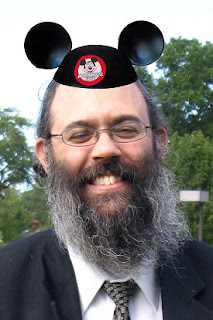 If you'd like to be our friend, (and Hashem knows, that's a hot ticket) then you can now mosey over to the JewOrNotJew.com Facebook fan page.


Yeah, we know, we lied. The only decision now is which will be less painful: doing the podcast or getting kicked in the nards?
Posted by Yakov at 1:08 PM No comments:

Hey Yakov, I thought we're gonna do JONJ Recommends at some point? In any case, for more Humpty nonsense, I highly recommend Jasper Fforde's The Big Over Easy. His other books are pretty great, too.
Posted by Zev at 8:30 AM 2 comments:

For years, people wondered about that red thing on his head.

But has anyone ever wondered if he was Jewish? 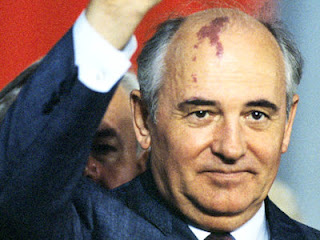 Marty reminds me of an old joke about a guy who's such a loser that if there was a contest for world's biggest loser he would lose that, too.

On the other hand, we should be so lucky, considering that the Jew-count among current NFL coaches is stuck at 0.
Posted by Yakov at 9:06 AM No comments: 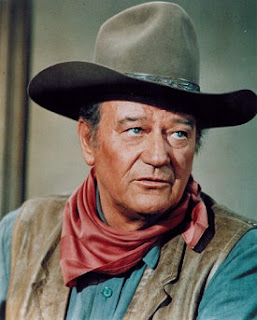 Jews in the News: Sophie Winkleman 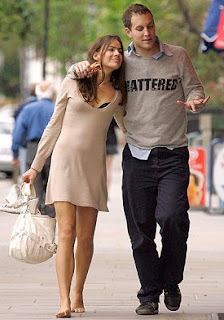 Who? Some random English actress. Yeah, we had no idea either. Until now... for she is engaged to Lord Frederick Windsor, the Son of Prince Michael of Kent. (Let's figure this out. Prince Michael is the grandson of George V and the cousin if Elizabeth II. His son is... OK, we can't figure it out. He's definitely royal.)

So there we go, we might FINALLY have our Jewish royal. (Read about our search here.) Well, half-Jewish, at least (through her father). Still, not sure if she warrants a profile. Maybe when they actually get hitched.
Posted by Zev at 11:00 AM No comments:

Thanks to Velvle from Florida (or, more specifically, his friends), for the suggestion.
Posted by Zev at 8:55 AM No comments:

With the Academy Awards on Sunday, we got a long of Oscar-related searches. Including... 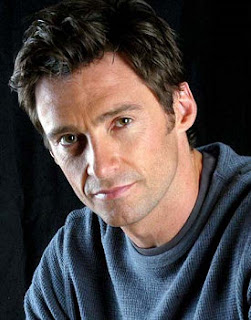 You can read about our search for Australian Jews here.
Posted by Zev at 12:05 AM No comments:

Poor Sandra, another victim of the Why Are Jews So Powerful? article. Although... it's not too late to come aboard, Sandra. Half the internet thinks you're Jewish anyway.
Posted by Zev at 8:15 AM 1 comment:

Let's see, he is black, good at basketball, wears cowboy hats, and his name is Chris. What do YOU think? 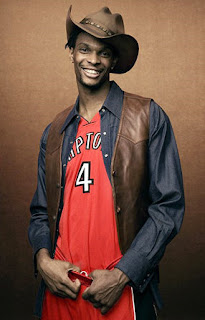 Speaking of Chaims, we really need to profile Chaim Potok at some point.

Soutine was suggested by Andy from California and Adam from Toronto.
Posted by Zev at 9:07 AM No comments: 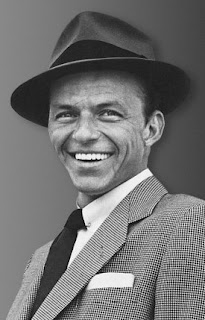 A perfect score on ItalianOrNotItalian.com... not on our site.
Posted by Zev at 12:05 AM No comments:

We get A LOT of requests in our suggestion box. Many, many of them become profiles. And many fall by the wayside. (Say, if someone asks us to profile their college professor. Or their co-worker. Or a relatively unknown model/actress. (Actually, scratch that last one.))

Yet sometimes, we get interesting suggestions that don't seem to go anywhere. I mean, we really really really need a link to something Jewish to make it into a profile.

And then, there are these rare cases, when there doesn't seem to be a Jewish connection, but the suggester helps us by pointing us in the right direction.

Thank you, Amy from Alaska!
Posted by Zev at 9:12 AM No comments:

Surprisingly, we've profiled two popes. But the current one, the former Nazi youth? 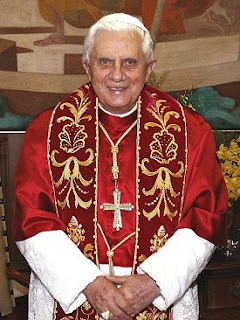 Reader Sam from Israel suggested this one. And since we're talking about Turkey today, I just want to add that I love, love, LOVE Iskender Kebap. 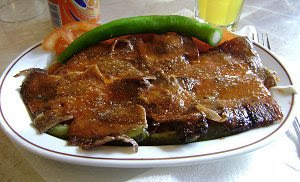 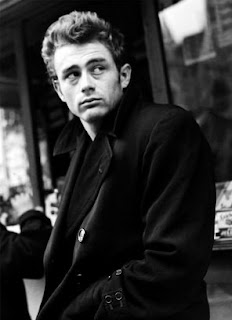 I remember when I learned about "The Jazz Singer" in my American history class in high school and the teacher made sure to point out how horrible it was because of its use of blackface. Well, maybe he should have done the research on exactly how much Jolson did for black people. But he was too busy coaching the track team... The high school teacher, not Al.
Posted by Zev at 8:57 AM No comments:

You're gonna search for Clint Eastwood on JONJ, you better be feeling pretty lucky. Well, do you feel lucky, punk? Do you? 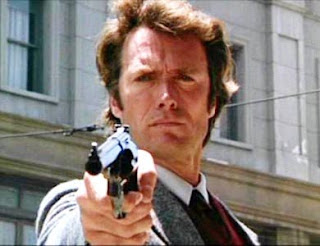 For those who don't know, vildechaya is Yiddish for wild animal.
Posted by Yakov at 8:44 AM No comments: 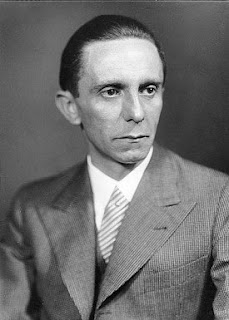 66 years ago today, Goebbels delivered the Sportpalast speech. So, yeah, not a Jew. Come on, searchers.
Posted by Zev at 12:05 AM No comments: 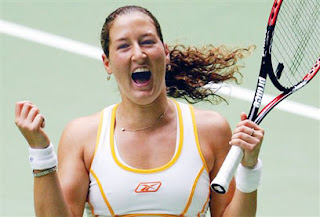 They just don't want a Jewish woman winning on Emirate soil.
Posted by Zev at 4:00 PM No comments:

The Jew Or Not Jew historical archives go fairly far back, though our copies get a little scattered before 1700 or so. The Nero scroll is one of the earliest we have. It's much easier to post more recent issues like this one.

Really, though, it's just an honor to be able to carry on this centuries-old responsibility for our people and we hope to do another reprint in the near future.
Posted by Yakov at 7:06 AM No comments: 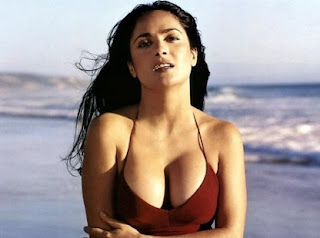 Off to shave the hair from the right side of my face... Don't want to be a copycat, after all.
Posted by Zev at 8:33 AM No comments: 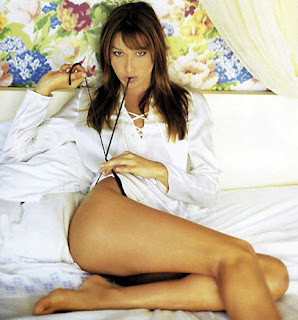 Can you imagine a similar picture from Laura Bush or Michelle Obama?
Posted by Zev at 12:03 AM 3 comments:

Keanu is up for another sequel! But will Alex be available?...
Posted by Zev at 9:13 AM No comments:

Back to chicks... what else did you expect? 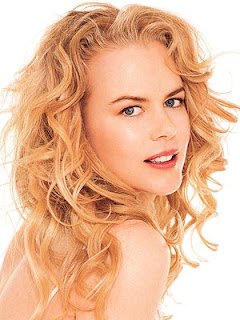 Another victim of a chain email... Thanks to multiple-time suggester Alexandra from Michigan for alerting us.
Posted by Zev at 9:03 AM No comments: 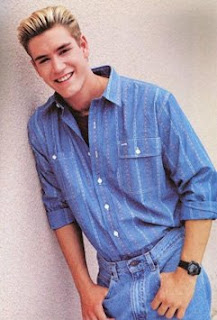 Reader Guillaume from Las Vegas requested a profile of Yulee a while back. We were originally going to make it part of Politics Week to coincide with the Election, but then decided against that whole idea. Still, once again, better late than never!
Posted by Zev at 8:54 AM No comments: 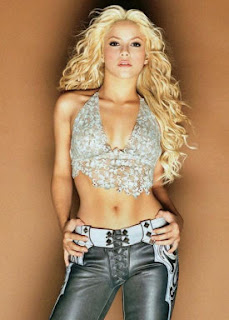 She learned belly dancing from her Lebanese grandmother. Yep, not a Jew.
Posted by Zev at 12:05 AM No comments:

Some days just get you down. Life just piles on. The train is delayed. The weather is ice-to-the-bone cold. A 15 minute meeting turns into a three hour slugfest. And you wonder. Why? Why do I do this? Why do I even bother getting out of bed in the morning?

Then you spend all day researching and writing about the potential Judaism of an attractive, fictional character. 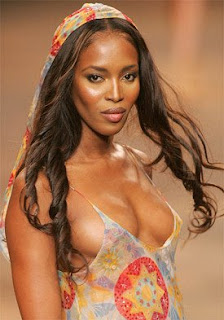 A good profile for ChineseOrNotChinese.com... or PsychoBitchOrNotPsychoBitch.com.
Posted by Zev at 12:05 AM No comments:

Four months ago, UK reader Richard asked us to profile Joan Rivers. We were reluctant to do so... she ceased being interesting decades ago. I mean, she's about to appear on Celebrity Apprentice! Brrrr.

Then, I got the idea for the above "interactive" profile. A big thanks to Jesse Ruderman for allowing us to use his code!
Posted by Zev at 8:40 AM 1 comment: 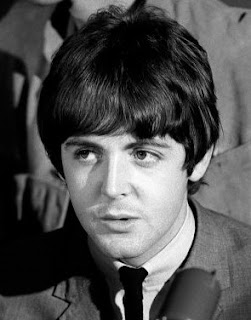 Jews in the News: Esti Ginzburg 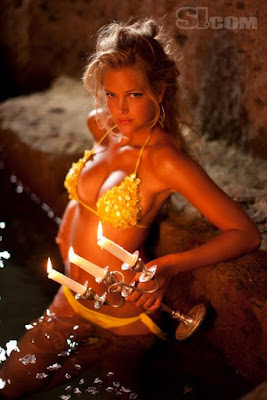 We were looking for Valentine's Day gifts for our wives when we ran into this from the Sports Illustrated Swimsuit Issue for 2009.

Ms. Ginzburg's from Tel Aviv and this is her first SI appearance. There's not enough to write about for a profile, but we thought we'd share.

It's just too bad that's not a menorah she's holding.
Posted by Yakov at 1:36 PM 1 comment:

So, supposedly the reason it took Friedman so long to make it to the Hall of Fame is because he campaigned for induction. So they had to wait until the guy has been dead for over 20 years? What bullfeces.

Thanks to reader Zachary from Rochester, NY for the suggestion.
Posted by Zev at 7:17 AM No comments:

Let's get this done once and for all. 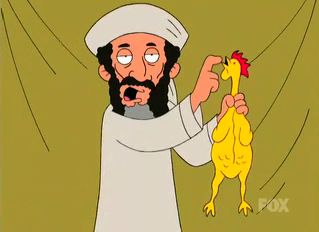 Not being familiar with Liz Taylor's earlier work, I remember watching "Cat on the Hot Tin Roof" in high school and wondering, how can that (see above) turn into... that.

Another one that was suggested by multiple readers, including Judy from California and Nason from Ohio.
Posted by Zev at 8:30 AM No comments: 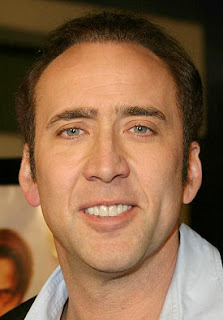 He is Francis Ford Coppolla's nephew, not Steven Spielberg's.
Posted by Zev at 12:05 AM No comments:

A few readers have asked us to profile Buffett, including Thomas from Romania, Carlos from California, and Phil from Germany. So how can we say no to all those requests?
Posted by Zev at 10:20 AM 1 comment: 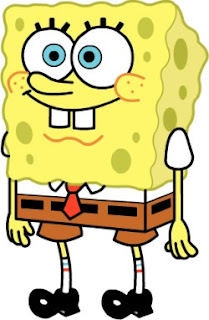 Now, if someone ever makes GayOrNotGay.com, Spongebob would make a top profile. Him and that Tellytubby.
Posted by Zev at 12:05 AM No comments: