Jews in the News: Steve Mesler is golden 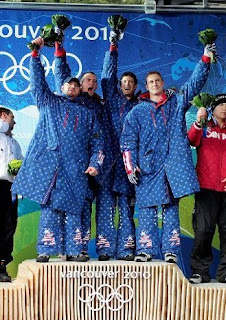 Well, what do you know. We actually got a Jewish gold medalist out of the Winter Olympics. Bobsledder Steve Mesler (third from the left on the podium) and his teammates won the 4-man competition on the second to last day of the Olympics.

For those curious, the one Jewish athlete whose results we haven't mentioned, Israel's Mihail Renzhyn, finished 55th in the Giant Slalom and 35th in the Slalom.
Posted by Zev at 9:10 PM 2 comments: 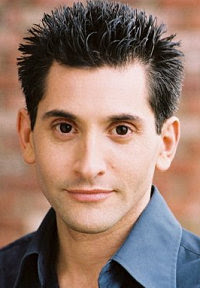 Yes, Andrew Koenig was Jewish; his father, Walter Koenig (Chekov from "Star Trek") definitely is. So was his mother, Judy Levitt.

For those unfamiliar, Koening, who played Mike Seaver's (Kirk Cameron, DEFINITELY NOT A JEW) best friend Boner on "Growing Pains" went missing in Vancouver. His body was discovered yesterday, an apparent suicide.
Posted by Zev at 10:59 PM 2 comments:

A rarity: after new information came forth, we changed the profile on the day it was published (originally we had a theory about Jobs' biological mother being Jewish; that turned out to not be the case).

Jobs was also suggested by Anne from Belmont, CA, Joe from the Virgin Islands, Elayne and Matthew from NYC, and Moishe from La Jolla.
Posted by Zev at 8:44 AM 5 comments:

Jews in the News: Charlie White 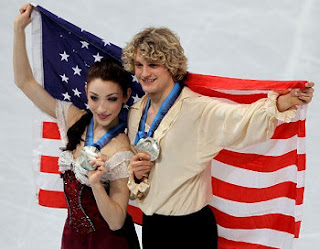 Michael from Hartford comes through once again, finding an Olympic Jew that we missed: ice dancer (yes, ANOTHER ice dancer), silver medalist Charlie White (that's him on the -- ahem -- right). His grandmother made the call to the Detroit Jewish news to reveal Charlie's Jewish roots. Way to go, grandma!
Posted by Zev at 9:19 PM 1 comment:

Michael from Hartford, who excellent suggestion led to today's profile (CHRIS Pine, who would have thunk it), sent us a correction about Meryl Streep. We've made mistakes before, and we always admit them, but here it turns out the mistake is Meryl's own. SHE thought she was Dutch and part Jewish... Turns out she's German and goyishe. Here are some links on the subject. Our profile of her had to be obviously altered as well.

There is a bit of a groundswell among my fellow nerds and Trekkers who decidedly disliked the new Star Trek, as if the fact that the mainstream populace enjoying the film means that it must be disliked by those "in the know."

I've never understood this need by the disenfranchised to respond by disenfranchising. It's one of the uglier sides of geek-dom and one that I've found offputting enough to keep me out of the hardcore nerd culture (admittedly, for the best).

It is not my place to decide for the masses what is good or bad (just who is Jewish and who isn't). Could the story have been more cerebral? Sure. Was the plot nonsensical and, at times, completely ludicrous? Absolutely.

But if you were any kind of fan of that old series and couldn't watch the movie without a sense of its inherent joy...

I think you've lost something important along the road to fandom. And I think that's rather sad.

Pine was suggested by Mike from Hartford.
Posted by Yakov at 8:44 AM No comments:

Jews in the Olympics (ie, Jews dancing on ice) update: Ben Agosto and his shiksa Tanith Belbin just miss the medals, getting 4th. Israel's Alexandra and Roman Zaretsky finish 10th -- probably Israel's best performance at Winter Olympics ever...
Posted by Zev at 8:45 AM No comments:

So yes, Mayer did reveal on Twitter that he is half Jewish. That link in the profile actually takes you to his tweet. As for the other "tweets"... they are ALL based on real emails we have received. Some are verbatim, some have been changed a small bit. All the names have been changed.

Mayer was suggested by Elizabeth from Columbus, OH, Adam from Bloomington, IN, Neen from Detroit, and Harry from New York.
Posted by Zev at 8:45 AM 2 comments:

Jake, of course, will be playing the title character in "Prince of Persia" (so not a Jew).

Thanks to Anne from Dallas for the suggestion.
Posted by Zev at 8:45 AM No comments:

Torah was suggested two months ago by Donn from Caldwell, NJ. Obviously, we had to wait for the Olympics for this profile.

You might read this and think that it's a pretty cheap way to (finally!) profile Gene Wilder. But actually it's just a really cheap way for me to namedrop my extra-super-distant cousin Max Stern.

Wilder was suggested by Tsvi from Albany, Sarah from Florida, Peter from Lake Mary, FL, Daniel from St. Louis, Tommy from Cleveland, and Greg from Virginia.
Posted by Yakov at 8:55 AM No comments:

We kid, goyim. We kid because we love.

Left out: Gordon-Levitt's teenage performance as Demi Moore's son in "The Juror", where she is... the juror, tormented by the evil and suave (oh, so suave) Alec Baldwin.

Joseph was suggested by Dave from Detroit and Holly from California.
Posted by Zev at 8:45 AM No comments:

The extremely lovely Miss Ginzburg, together with her rival, the gorgeous Bar Refaeli, is featured in last week's Sports Illustrated Swimsuit Issue. We browsed... just for research purposes, we assure you.

Ginzburg, who made our blog's Jews in the News last year, was suggested by Bruce from Cambridge, IL. Usually, because of our backlog, suggested profiles take a while to appear, but here, for whatever reason, we felt the urge to publish it immediately...
Posted by Zev at 8:45 AM 1 comment:

So hooray, it's the Winter Olympics! Ummm... Hooray? Anyone? Anyone?

For proof that ice dancing is not a real sport, see below: 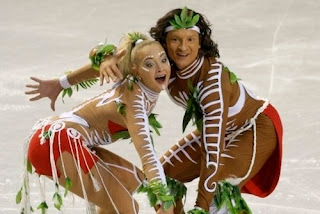 I was actually sure that Joy Behar was Jewish. And according to the ever-reliable Wikipedia, "she is mistakenly thought to be Jewish, and has quipped that she is pleased to be 'an honorary shiksa non-grata'."

Moishe (our resident soccer guy) is still aghast that I (our resident baseball guy) wrote this profile. But, hey, Moishe wrote Kitty Pryde, so I guess all of us are capable of branching out at least a little bit.

Spurs were suggested by Joseph from Massachusetts. Thanks Joseph!
Posted by Yakov at 9:00 AM 3 comments: 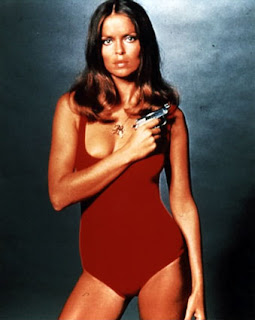 While some of us here at JONJ used to enjoy Buffy the Vampire Slayer, none of us are what you'd call "big fans." And yet, Willow is our third Buffy profilee: Sarah Michelle Gellar and Seth Green were the other two.

Willow was suggested by Mickey from Notajewishtown, which is ironic since we're from New Notajewishtown. Who'dathunkit?
Posted by Yakov at 8:47 AM 3 comments:

Michelle from Australia writes... "We all know he's Jewish, right?" Not so fast!

Stone was also suggested by Ben from Spain.
Posted by Zev at 8:33 AM No comments:

Captain Fraud--er, Uri Geller--was suggest by Erich from Pittsburgh. As a thank you, we are now using our minds to bend all his silverware.
Posted by Yakov at 8:51 AM No comments:

Mendelssohn suggesters: Chaim from Washington, DC, Ezra from Princeton, Paul from Illinois, Marcia from New Jersey, Allan from Calgary, and Bruce from Cambridge, IL. That makes Mendelssohn one of our most requested profiles. Mendelssohn, Drake, and Leonard Cohen. Go figure.
Posted by Zev at 8:45 AM No comments:

I've been going back and forth on the verdict here. On one hand, he converted, and attends temple, and considers himself Jewish. On the other hand... Polar Express! Well, it could be worse I guess...

Thanks to Joe from Scranton, PA for the suggestion.
Posted by Zev at 8:45 AM 3 comments:

Mr. Ed is the SECOND TIME we've profiled a horse. Seriously, a HORSE. We now have profiled as many horses as we have Supreme Court justices. What's next? A whole freakin' horse category?

For those people who complain that we don't have enough Nobel Prize winners, mathematicians, and other respectable folk, this is proof that we are clearly, demonstrably, without a doubt, certifiably ridiculous.

Jews in the News: Sylven Landesberg 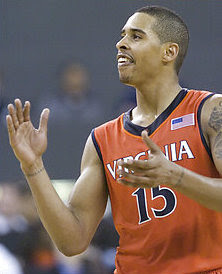 We usually don't profile college athletes (there's one exception, but he will be a pro soon enough), but University of Virginia's Sylven Landesberg might make an interesting case. Here's an interview with him at SI.com. Landesberg (the interviewer asks if his father or mother is Jewish, as if it's not clear from that last name) was last season's ACC Freshman of the Year, and currently averages 17.5 points per game.
Posted by Zev at 4:10 PM 2 comments:

Moishe really, truly, did not want us to write this profile. Not that he disliked the way it was written. He just hated the idea of profiling Gosselin. This particular way of doing it, in many ways, was to tweak Moishe's nose a little. But only a little. My feeling is, we've profiled a lot of bimbos, so why not a mimbo?

Jon was suggested by Barbara from Las Vegas. Thanks for giving me a chance to annoy Moishe, Barbara!
Posted by Yakov at 8:30 AM 3 comments: