Jews in the News: Chelsea Clinton to marry a Jew 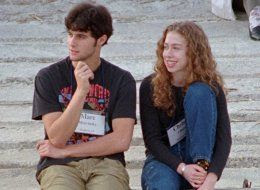 Chelsea Clinton got engaged to... a Jew, Marc Mezvinsky, the son of former congresspeople Edward Mezvinsky and Marjorie Margolies-Mezvinsky.

So... will Chelsea convert? Will Marc? Will Bill Clinton have Jewish grandchildren? Will we get a JONJ profile out of it? Time will tell...
Posted by Zev at 4:37 PM 2 comments:

We start with Russian astronaut Boris Volynov (yes, there will obviously be a Russian tilt this week).

Some Borises who did not make the cut: wrestler Boris Malenko (Jew), chess champion Boris Spassky (Not a Jew), actor Boris Kodjoe (Jew), NASCAR driver Boris Said (Not a Jew), spy Boris Rybkin (Jew), and drunk President Boris Yeltsin (Not a Jew). And Boris Becker is already profiled, of course.
Posted by Zev at 9:05 AM No comments:

I wrote this after watching "The Band That Wouldn't Die", the story of the Baltimore Colts marching band, on ESPN's 30 for 30.
Posted by Zev at 9:24 AM 5 comments: 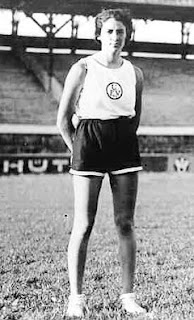 It's a fascinating story: Margaret Bergmann Lambert, a German Jewish high jumper from the 1930s, now 95 and living in Queens, had her national record taken away by the Nazis... but now, 73 years later, it's been restored.
Posted by Zev at 8:17 PM No comments:

Other Jewish Muppets include...ummmmm...well.....maybe the old guys on the balcony? For now it looks like Guy Smiley is the only Muppet mensch (and in hiding, at that).

Disappointing.
Posted by Yakov at 9:27 AM 3 comments:

Next task: finding a Jewish Eskimo. That might be a tad harder...
Posted by Zev at 9:06 AM No comments:

When Isaac from Eugene, OR suggested that we profiled Socrates, I was a tad miffed. But since he did point out that Socrates made many mentions to "the God" (Philosophy 101 at the U. of Oregon?), that gave me a nice lead-in.
Posted by Zev at 9:03 AM 2 comments:

Our server was hit by a lightning storm over the weekend. The hosts are trying their best to resolve it, hopefully we'll back up later today.

Maybe G-d finally got back at us for his profile...
Posted by Zev at 10:00 AM No comments:

Katey, of course, was also Leela on "Futurama".

Thanks to Justin from Tennessee for the suggestion (we have readers in Tennessee!)
Posted by Zev at 9:04 AM 1 comment:

Reader Andrea from California alerted us of Miss Stewart being listed as Jewish on various sites. We did some research... debunked. The sites have now been fixed.

But at least it got Kristen profiled on JONJ, with perfect timing for today's release of "New Moon".
Posted by Zev at 9:10 AM 6 comments:

Thanks to reader George from Maryland for the link.
Posted by Zev at 9:03 AM No comments:

Moishe had seen Rita Hayworth referred to as "The Ultimate Femme Fatale" somewhere and thought that was a great idea for a profile. He asked me to write it, probably because of my previous experience.

Something to look for: a few of Hayworth's lines in this scene are direct quotes from the actress herself that I dug up online. I think they really add to the overall feel.

Anyway, this one was a ton of fun to write and I think that shows. Maybe someday I'll sit down and write something like this in a longer format....

Hayworth, who has Spanish Jewish ancestry, was suggested by Ben from Madrid.
Posted by Yakov at 8:58 AM No comments:

Is Tim Whatley the most obscure JONJ profile ever? It's gotta by close with Artie Ziff, right? So how is it we end up profiling the dentist from a few random episodes of Seinfeld (this one in particular being an all time great episode, we grant you), while such deserving fellows as Gene Wilder sit on the sidelines?

In the end, it's because there needs to something interesting to write. If we can't think of anything, then we're kinda stuck. I was watching the Whatley episode and I had an idea for a profile. Meanwhile there's nothing to say about Wilder except "he's great, he's Jewish, yadda yadda yadda."

So there ya go.

Whatley was suggested by my own brain. Thanks brain!
Posted by Yakov at 9:12 AM No comments:

In the blog posting for Kafka, I wrote: "Why can't we profile Nabokov?" Soon after, reader Michelle from Bloomington, IN, wrote: "[Nabokov's] wife was Jewish... Apparently he identified with Jews. See the article "'Nabokov's Minyan': A Study in Philo-Semitism" by Shalom Goldman from Modern Judaism for more info."

Great. We had our Jewish in with Nabokov!

And now, with the "The Original of Laura" out today after being hidden for 30 years, here it is.
Posted by Zev at 9:03 AM 1 comment:

Even the women: Rashida Jones... check. Mila Kunis... check. Elizabeth Banks... check, and how! Katherine Heigl... Not so much. There's one in every bunch.

Thanks to Jake from NYC for the suggestion.
Posted by Zev at 9:01 AM 1 comment: 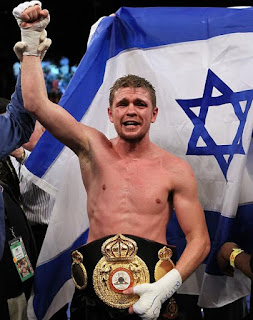 One of the ground rules of the Jew Score is that a Jewish spouse for a non-Jewish profilee gives them an I Score of 1. But in Pamela's case... well, four months can't get you a point. Sorry. Maybe in your next marriage.
Posted by Zev at 9:12 AM No comments:

Sometimes, when a reader sends in a suggestion, we write a profile right away (and then post it 6 weeks later because of the backlog). Sometimes... well, it takes a year and a half, as it did here, with Kubrick first suggested by Andres in the summer of 2008. Since then, Sam from Germany, William from Atlanta, and Zachary from Connecticut have chimed in.
Posted by Zev at 9:03 AM No comments:

Somehow, our list of Jewish generals grows... and we haven't gotten to Moshe Dayan yet.

Thanks to Mark from NYC for the suggestion.
Posted by Zev at 9:02 AM No comments:

Thanks to the World Series win, we've been getting quite a few searches for Steinbrenner, so we were happy to oblige with a timely profile. George strikes me as SO goyishe, but when there's a "stein" there's a way, I suppose.

The Boss was also suggested by the excellently named (and poorly spelled) yankesfan 2444 waaaaaaaayyyyy back in January. Way to be an early trendsetter yankesfan!
Posted by Yakov at 9:02 AM No comments:

My (admittedly) limited knowledge of LaVeyan Satanism comes from the year I spent in a Satanic cult in the late 90s. I wasn't so much searching for myself as I had an undying thirst for goat's blood and...

OK, no. Actually my (admittedly) limited knowledge comes from the novel Sway, by Zachary Lazar, in which Satanism is a bit of a leitmotif throughout. It's a good book and I'd include it in JONJ recommends, except there are no Jews in it (for the record, I'd probably give it 4 stars).

In any case, the LaVey suggestion comes from Hubert in Paris. Sacre bleu! Who knew we had such an international readership?
Posted by Yakov at 9:06 AM 2 comments:

Every now and then I just get into the musical mood and burst into song. No, not like that. More like this. And this. As much as I like what I've come up with here, though, I know it's nowhere near as good as what one can find on YouTube. Oh well, something to reach for I guess.

Satchmo was suggested by Cliff from New York. Thanks Cliff!
Posted by Yakov at 9:05 AM No comments:

I'm a pretty open minded fellow when it comes to sports, honestly. I don't do a lot on this site to hide my loyalties to the Yankees, Giants, Devils and Terriers. But at the same time, my hatreds are pretty minimal. I don't hate the Red Sox or the Redskins or the Flyers. I'd like to see them lose, sure, but I'm not actively rooting for their demise. On the other hand, there are 3 teams that I absolutely completely abhor. And those 3, I don't just want them to lose, I want them to sink into the Earth, swallowed whole never to return to the sports universe again.

Dallas is one of those teams. BC is another. The third? Well, you'll just have to wait a few weeks to find out THAT one...
Posted by Yakov at 9:19 AM 1 comment:

A loyal reader might point out that last year's Jewies took place in July, but this year's are in November. We will tell that loyal reader that he or she have way too much free time on their hands.
Posted by Zev at 9:09 AM 1 comment:

Actually no. Yes, profile 666 is deserving of something special, but we found someone even scarier than Serling. Stay tuned....
Posted by Yakov at 9:17 AM No comments:

If you're older than 30, younger than 65, and you grew up in the New York/New Jersey/Connecticut area then this is a nice little blast from the past.

That's a pretty small window of people if you think about it, so for the rest of the world, there's this.
Posted by Yakov at 9:16 AM No comments: