Update: Britney, not this again! 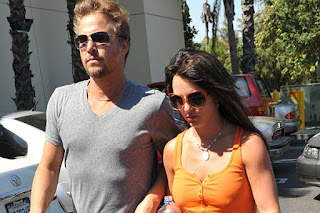 When we profiled her, it was because Britney was considering converting to Judaism because of her boyfriend, Isaac Cohen. A year and a half later, new boyfriend (Jason Trawick), same desire to convert?

"Britney wants to try the religion Jason was brought up with," a source told The Sun. She's even recruited a rabbi to help her understand the faith.

Maybe we should let it go. The girl clearly wants to be Jewish... Until the next boyfriend, that is.
Posted by Zev at 9:00 AM