Jews in the News: Anti-semitism in hockey 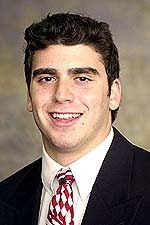 According to the complaint, Bailey endured "a barrage of anti-Semitic, offensive and degrading verbal attacks regarding his Jewish faith" from Raymond, head coach of the [Bakersfield] Condors. Raymond, according to the lawsuit, would say, "they (referring to Jews) 'only care about money and who's who.'"[1]