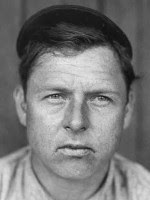 Now THIS is more like it. Baseball players, FTW! Three Finger (and don't we all miss the days when players had nicknames like Three Finger) was suggested by Ari from NY, and the mysteriously named Nuretro from NJ. Thanks guys!

Moishe would also like me to point out that Brown was Mr. Burns' top choice for pitcher on his Power Plant softball team on The Simpsons. Considering his team was made up of all dead-ballers (i.e., pre-Babe Ruth), most of his roster makes sense. But if I needed one pitcher from that era to pitch a game with my life on the line, I'm taking Walter Johnson (and probably Christy Matthewson) before I take Brown.
Posted by Yakov at 8:40 AM