Jews in the News: Two Nobel winners in one day 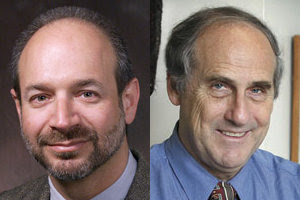 Two of the three laureates for this year's Nobel Prize in Medicine are Jewish: Bruce Beutler and Ralph Steinman. The latter won posthumously(!), having passed away on September 30.

The Nobel committee was unaware of his death. Had they known, their own rules would have precluded him being selected as a winner. The decision was made Monday, just before the announcement, Nobel officials said.

"The events that have occurred are unique and, to the best of our knowledge, are unprecedented in the history of the Nobel Prize," the Nobel Assembly said in a statement, announcing that Steinman will remain a Nobel laureate.[1]