When we started this thing, I set a general goal in my mind of around 50 profiles. After all, how many people were there to write about, really?

At around 100 or so profiles, I figured there were only, maybe, 100 more people out there to write about.

After 200, I thought we'd make 400 or so. Today's profile is number 436 and at this point I think we've discovered the true number of total profiles we can possibly write: it's infinite. Because if you include all the Jews worth profiling, that's a big number. Then you add all the non-Jews who might be Jews and that's an even bigger one. But once you start including all the non-Jews who couldn't possibly be Jews yet someone somewhere is convinced they're Jewish (like our friend Mr. Fraser)--well, that's pretty much everyone on Earth except Tom Cruise and Katie Holmes.

So, yeah, looks like we'll be doing this for awhile.... 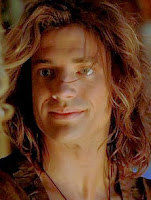 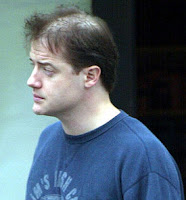