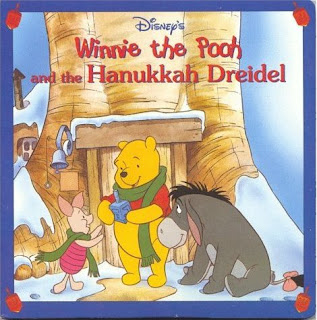 On the other hand, the book may just be about the Pooh gang celebrating Chanukah. But I find that less likely since none of them are Jewish.
Posted by Yakov at 8:53 AM